History of the Community

Over the decades, Westmoreland has been shaped by its notable beginning. Capturing the attention of those with the “westward-ho” spirit, Westmoreland found its place on the map.Permanent settlers began to arrive in the area between 1805 and 1820 in search of new land or having received land grants of various types. The history of the area centers on the establishment of the railroad and ancillary business services. This history is the basis for road names and important business nodes in the community. Early settlers immigrated from North Carolina, and Virginia.

The City of Westmoreland was created by basic charter act by the Tennessee General Assembly, as Private Chapter 306, in 1901. The City was first incorporated February 1,1901. Westmoreland’s city name was inspired by a wealthy lumberman from North Carolina named Westmoreland. The man recently visited the area and laid the groundwork for the lumber industry in the community.

It was not long, however, before Peter Staley, recognized the potential of the unscathed Westmoreland area. He acquired land rights and in 1810, established a stagecoach inn which would eventually become a tavern along the sharp curve south of present day US-31 E. The site began to prosper and was renamed “Rock House” due to the bluffs immediately behind the house. The site played an important role in politics and the railroad industry.

The area witnessed two former presidents arriving at the tavern including Andrew Jackson and Benjamin Harrison. The site also served as a temporary hospital when a train derailed nearby. The tavern burned to the ground in 1967.

During the 1840s there was a town growing along the corner of present-day Old Highway 31-E and Highway 52. The town was named after a cabinet maker named James Coates. A store and post office were located in this area. The area began to change rapidly with the construction of the Chesapeake and Nashville Railroad. The track came down into the area but bypassed Coates a half-mile to the east.

The Railroad Company purchased a large tract of run down farmland from Dr. J.L. Davis for the purpose of constructing a village.This land runs through the present day downtown Westmoreland.The Railroad retained a 300’ right-of-way for freight yards, parks and a street on each side of the tracks. Jake Rodemore served as a land agent and constructed a depot, hotel and two storehouses, one on each side of the tracks.These structures were sold at auction for businesses and residences.

The installation of the railroad created a tourist boom allowing a hack service to take individuals from Westmoreland to the Epperson Springs Hotel and Resort until the mid 1920s. The resort was 3 miles northeast of Westmoreland where people sought medicinal value from sulphur waters. In the midst of the area growing, a tragic event occurred. In 1926, a great fire destroyed the hotel which was never rebuilt.

The Great Depression had an impact all across America. As a result of the economic downturn, the city of Westmoreland was disbanded by the state Legislature in 1931. During the 1940s, the residents explored possibilities to become a municipality again. The guiding force in this effort was the need to service residents with water. The community is located on top of the Highland Rim which makes it difficult to get water from anywhere else. In 1951, a private act passed by the General Assembly forming the City of Westmoreland.

In1959, the Westmoreland Lake was completed, providing the city its first water supply until the late 1970s when the city began purchasing its water from Gallatin.Agriculture was an important component of the community until the beginning of World War II. Westmoreland hosted the East Sumner Fair sponsored by the Vo-Ag Department of the High School. The event drew thousands of visitors to the town and was an important economic stimulus. The region has had a diversified agricultural infrastructure which complimented the railroad in the shipment of goods and services.

In addition to meeting the water needs of the community, Westmoreland was only the third in the country when it installed a vacuum sewer system in the late 1970s.

The reincorporation of the city allowed for infrastructure improvements by obtaining federal grants to improve the area and quality of life.The importance of the railroad diminished by the closing of the tracks running through Westmoreland on December 10, 1976. The depot and parks surrounding the transportation infrastructure have been destroyed due to the expansion of the parking lot for downtown businesses.

Located on the Highland Rim in Northeastern Sumner County, Westmoreland is a community with a largely undocumented, but surprisingly rich history.

Settlement in the area is generally thought to have begun in the early 1800's, with the majority of the early settlers arriving between the years 1805 to 1820. Many of these early pioneers came from Virginia and North Carolina in search of new land. 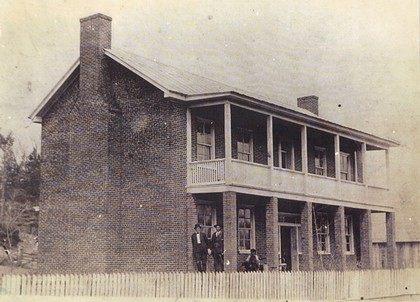 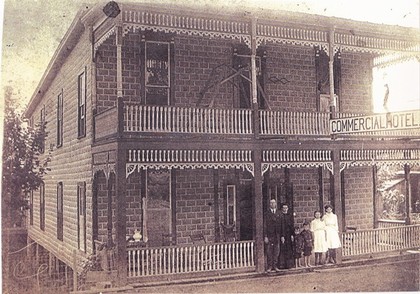 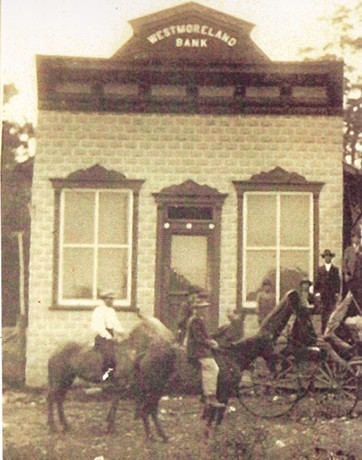 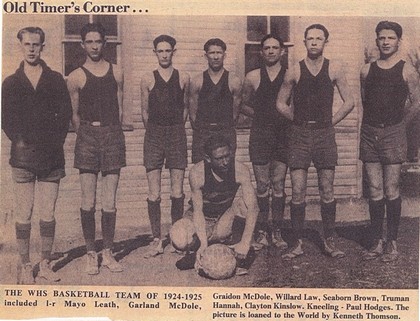 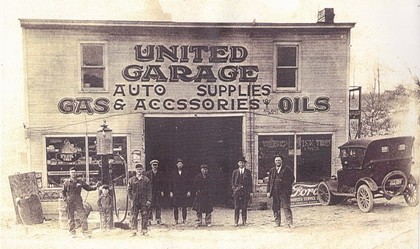 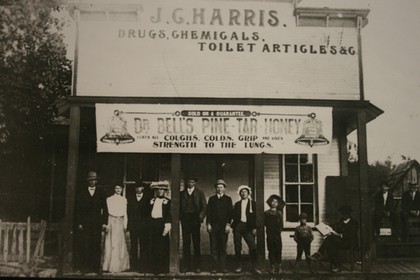 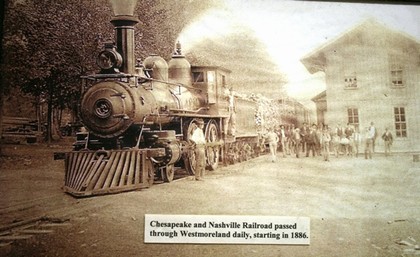 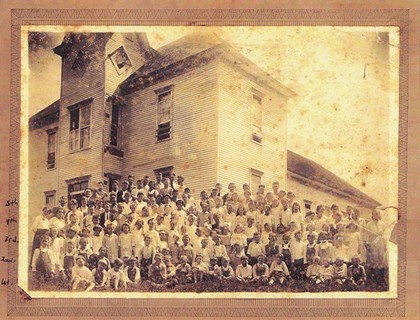 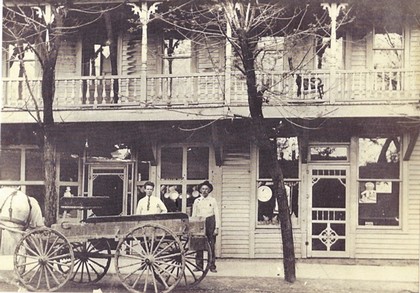 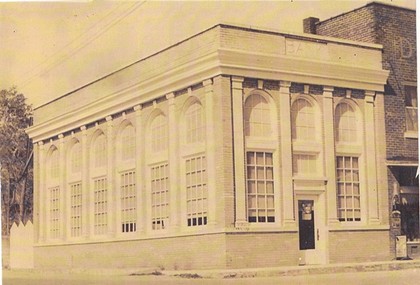 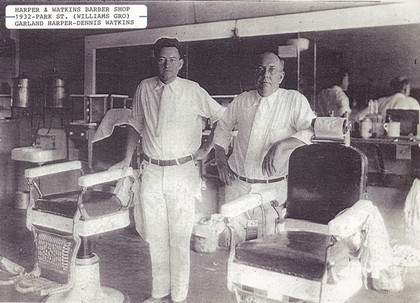 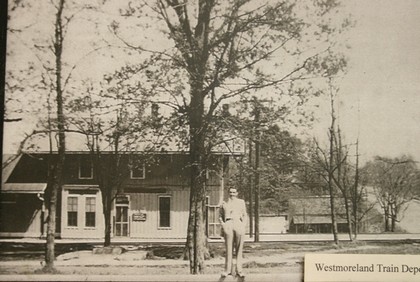 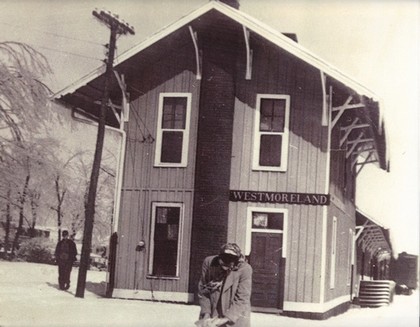 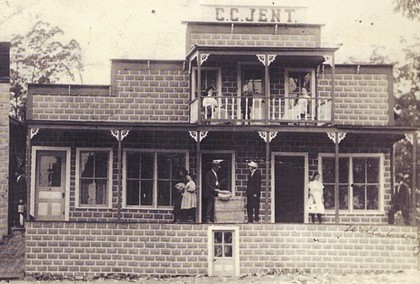 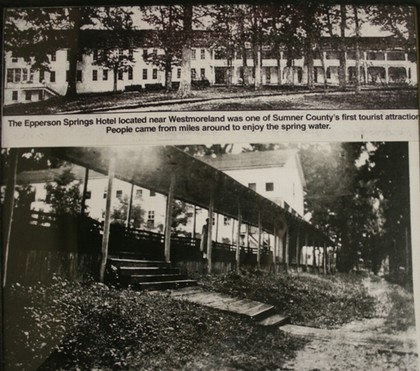 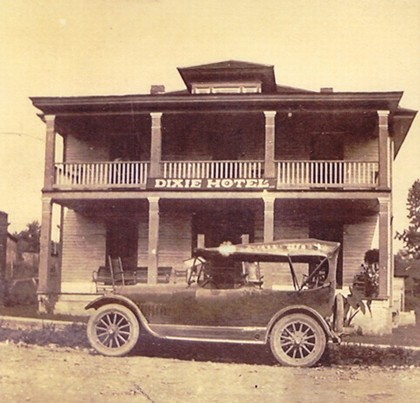 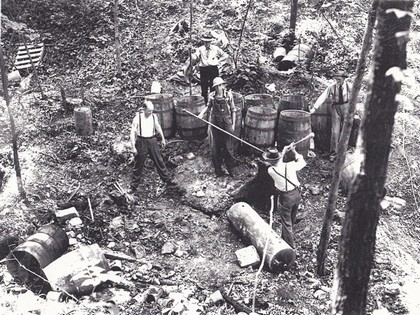